On International Yoga Day today, it is heartening to see all the attention that is directed towards Yoga. While some of it may seem like hype, it is important to focus how Yoga has been adopted with open arms all over the world. Before the West made it fashionable, this quiet form of living has been enriching our lives for centuries. If all this attention makes more people take up this discipline, there can be nothing more beneficial for our body or mind.

My own tryst with Yoga began way back in college. Extremely thin and with very inflexible joints, I started doing a few asanas at home after watching my sister who had joined a Yoga class. I did Yoga for a few months and then dropped it caught as I was with a bunch of other activities. I guess Yoga was not a priority back then.

Fast forward to that time in 2003 when I moved to Bangalore. With a toddler son, a hectic job and Bangalore’s dreaded respiratory allergies, that monsoon was the toughest in my life. I was battling respiratory allergies on a daily basis. Visits to doctors didn’t really help as we all know how anti-allergy medication does not cure, just alleviates some of the problems and progressively not even that. Thoroughly defeated, I turned to my father. He had been practicing Yoga for 30 years. It helped him immensely with his back issues. He suggested Pranayam to me.

He explained how breathing was the core of all respiratory issues and making your respiratory tract stronger was one of the ways of dealing with respiratory allergies. Of course, I was told that there were no quick fixes and with regularity one will see changes. Well, I was ready to try it out desperate as I was. Few months down the line and I could see real changes. My lungs filled completely with air. I felt more in control of my stress. Being a young mother is stressful and Yoga helped me a lot. Breathing helps you handle stress and relax your body and I was feeling better now. Meanwhile, I incorporated Surya Namaskar and other asanas that helped strengthen my core and spine. Yes, I referred to Baba Ramdev’s videos, the much-maligned guy now whose Yoga videos are priceless.

To cut a long story short, the next year, I was in control of my allergies. Yes, it’s true. And the asanas made my posture better, my limbs more flexible, my balance better. My allergy episodes were down to very few and the intensity had now reduced. I also took to Meditation that helped in handling the daily stresses of life.

I don’t do Yoga regularly but I am reasonably regular with my Pranayam and Surya Namaskar which I incorporate in my other exercise routines as well.  A lot of my strength training incorporates Yoga asana like exercises. Yoga will not feel as strenuous as say lifting weights but Yoga exercises all your muscles. It is also easy to customize as per your flexibility. And remember that body-mind harmony that Yoga gives is not found in any other system.

So if you feel cynical with the hype around International Yoga Day, perhaps modifying your thought and embracing Yoga in whatever form that works for you may actually be life changing. Do give it a try for your own sake.

7 Reasons Why You Should Start Meal Planning...

Open defecation – Impact on the dignity of...

Is your Daily Diet Missing Something in Your...

How to Incorporate Protein in a Vegetarian Diet?

Why I Stopped Using Fitness Tracker

Get Real with your Fitness and Weight loss...

Yoga has been very therapeutic for me, personally. It was in 2002 soon after my depression phase that it helped heal me emotionally and mentally. It was probably the one thing that got me back on track to help me look for a job again. Cut to post baby and I’ve just let myself go. It’s bad, I know. I should make more time to exercise and do yoga. I know it will help. So glad to see the positive change it’s brought about for you 🙂

So good to hear your Yoga story, Shy. I hope that you get back to Yoga even if it is baby steps. It really is worth getting back to. I guess you and I have experienced the positive changes that this system of health brings to us. I hope others get to experience it as well.

It was for a long time that I wanted to learn yoga. I learnt it as a college student, but stopped after some time. However, the exercises stayed in my memory and I began doing those 10 years ago for my back.ache, only to stop again . Then, last year, I found a Yoga teacher residing in my building (!) and decided to take a.course. It was like a dream come true! I totally agree with Paolo Coelho – the entire universe seemed to have conspired to fulfil my dream!
It’s been 11 months since I have been regularly doing yoga at home, in the peace and quiet of the early mornings and I can feel the difference – my body has become flexible and toned, my mood swings seem to have reduced a lot (no more sobbing sessions) and I have begun feeling great about myself! In short, Yoga has become a part of life, a way of life!

Kudos, Shilpa. Really inspiring! So happy for you.

Yoga is one of the best form of excercise and I too love it:)

I would expect nothing less from you, Rahul. 🙂

Great to hear your experience, Rachna! I am with you that all this global attention will be helpful if it makes more people wake up to the deeper potential and meaning of Yoga, beyond the fancy outfits and hype.

And oh, I also like the new look of your blog’s own home 🙂

Thank you, Beloo. Oh absolutely. I hope the hype makes more people wake up to its deeper potential as you mentioned. It would be a great loss otherwise.

My Dad has been after us to at least do pranayam regularly but we never listened…But now I think I need to think about Yoga and meditation too…I’m very stressed these days and I feel extremely weak too..My appetite has also gone down since joining back work..added to that the Vitamin D deficiency is just too much…The only thing that might stop me is finding time for yoga and meditation though…I don’t know where I can fit both…

I can imagine, Naba. If you have a teacher who comes over on weekends, it would be worthwhile to start learning Yoga now.

We need more more people like you endorsing this wonderful panacea for all ills that plague humanity. Needless to say, that unless good breathing techniques (read pranayam) are incorporated into any form of exercise, they are bound to do more harm than good. And yes, the much maligned man Baba Ramdev is doing yeoman service to this ancient form of mind-body-spirit exercise.

Thank you so much! You are absolutely right. Yoga has taught so much wisdom to all the exercise systems around the world. Now there is a lot of emphasis on getting your breathing right even for aerobics or lifting weight. Slowly the consciousness about breathing and its importance is trickling in. About Baba Ramdev, I think he can be given a lot of credit for taking Yoga to the masses through his program. And I also use a lot of Patanjali products. Their ayurvedic range is quite useful.

We had yoga at school and I was never interested in it back then. I also tried it for weight loss just after my 12th grade but again, didn’t commit to it well enough. In the last two months, I’ve gotten back into it and maybe due to maturity as well as the stress in my life, I’m finding it much more enjoyable!

I think we all have our learning curves. Sure, I feel I have gotten much wiser in the last decade as well. Hope you continue to enjoy Yoga.

I do a bit of yoga too. Right now I don’t do much due to the surgery. I just resumed again few days ago, thanks to the hype and I realise how much stiff I have become. But, Yoga is the best.

I have noticed that too, Lata. You let go for a few weeks and suddenly your limbs feel very stiff. Hope you are doing better. I think Yoga is best especially if you are recovering from surgery. Of course, your doctor must have given you a go-ahead.

Yoga is spiritual,mental and physical discipline originated in ancient India having several practices and goals.We can simply describe Yoga is natural and disciplined way to control mind,fitness and health. Thanks for sharing such informative stuff.

Happy to read this, especially that your father practiced it for so long. Pranayama helped my mother to get rid of severe Migraine, no medicine did the trick for over a decade!

I practice whatever I can regularly, but do attend weekend yoga classes. Actually, it is about time for my class ☺️ 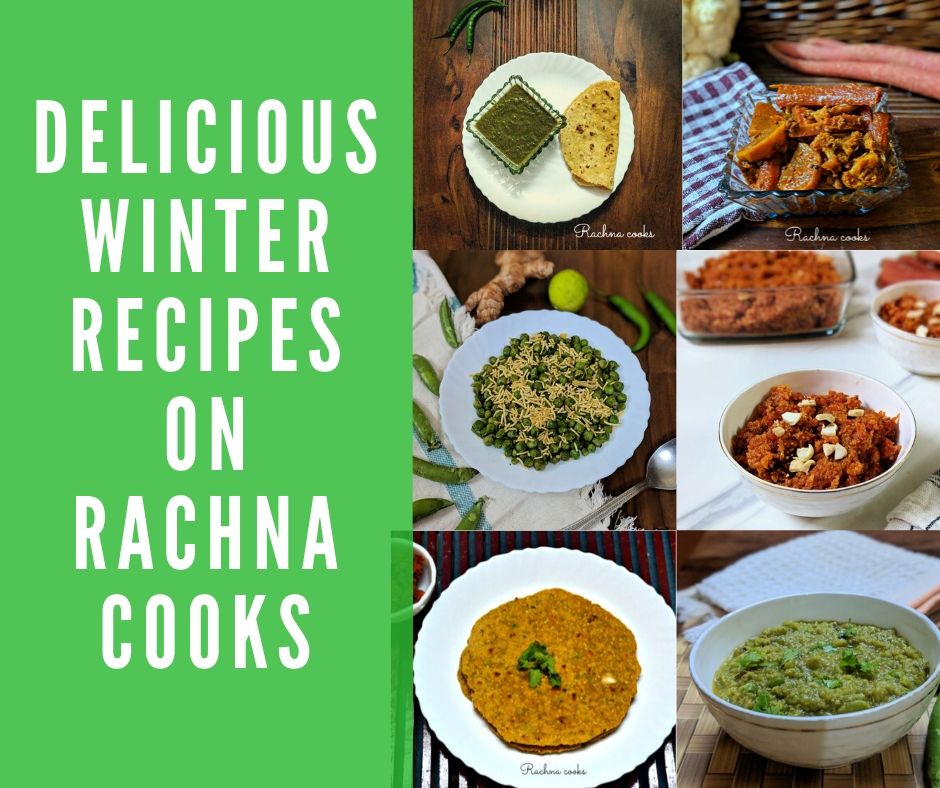 Get your Healthy Meal Planning Bundle at a very low price! 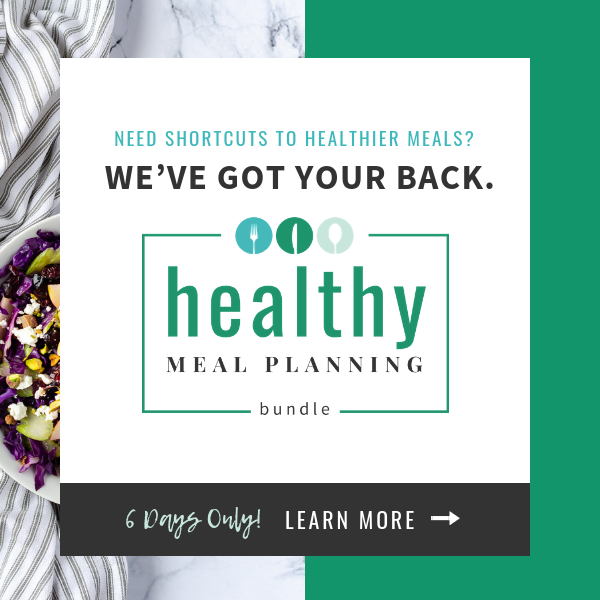